As the economy continues to show the fits and starts of an uneven recovery, it’s no surprise that new car sales are down and used car sales are up. And in the middle sits a category that has gone along for the ride with the dynamics of the market: auto parts. It may seem to be a predictable trend, but there are some surprises here — the main one being the category’s eCommerce strength.

The overall trends in the automotive business stretch from simple economics to the social distancing norms that make in-car commuting (for people who still commute) preferable to public transportation. According to a forecast released Wednesday by Cox Automotive, the seasonally adjusted annual rate (SAAR) of total auto sales in August is expected to finish near 14.9 million, up from last month's 14.5 million pace. Sales volume in August, forecast at 1.30 million, will increase 7 percent from July. Compared to year-ago levels, however, vehicle sales in August are forecast to be down nearly 330,000 units.

“The automotive industry momentum continues in August as the industry claws back more and more new vehicle sales each month since sales bottomed out in April,” said Eric Lyman, Chief Industry analyst for ALG. “Used vehicle sales are actually up year-over-year, as consumers turn toward the used car market for cost savings during these uncertain economic times, and also due to some supply shortages on the new vehicle side,” added Lyman. “While this heightened demand is creating upward pressure on used retail prices, it is making it a great time for consumers to get top value on a trade in on popular used vehicles.”

As Lyman says, it’s a great time for consumers — but it’s also a great time for the used auto parts business. Several publicly traded auto parts dealers have just wrapped banner earnings for Q2, including O’Reilly Automotive, which in late July said its sales surged by more than 19% in the quarter ended June 30 compared to 2019, dusting the 2.6 percent uptick analysts had expected.

According to The Wall Street Journal, stimulus payments in April helped boost auto parts sales, as did the lifting of stay-at-home orders that took consumers back to the roads. “But some of the demand seems organic, too, as sales growth persisted into July,” said the WSJ. “One-time sales boosts from tax refund seasons, for example, tend to be short term in nature, according to O’Reilly CEO Gregory Johnson. Additionally, the company said that it probably gained market share from other retailers, including big-box retailers that weren’t able to keep their shelves stocked.”

Brick-and-mortar operations such as Auto Zone and Advance Auto Parts have had big quarters, but the online sales for auto parts have also outperformed. U.S. online sales of new auto parts and accessories will exceed $16.0 billion in 2020, a 29.9% increase from $12.3 billion in 2019, according to an analysis from Hedges & Co.

According to exclusive PYMNTS research that will be released next week, Amazon takes the dominant share of those online sales. PYMNTS reports that Amazon took 87.6 percent of eCommerce auto parts revenue in Q2. The next highest category for the company was electronics and appliances at 41.7 percent.

Auto parts also sell well through mobile commerce. Hedges expects mobile devices to account for $10.4 billion in 2020, which would be an increase of 40.2 percent from $7.4 billion in 2019.

“It’s common for used auto parts and accessory websites to have more than 65.0% of the total traffic on mobile devices. That’s one of the trends in online shopping that will continue,” the Hedges & Co. analysis says. “It’s common for a shopper to visit a website multiple times over several days or weeks, using multiple devices: maybe it’s a computer during the day at work and a phone at home in the evening. When a buying decision is reached, a shopper’s mobile phone is often the last device used to check out and buy a product.”

Popular posts from this blog 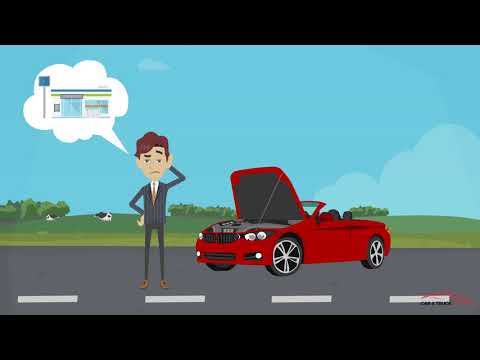 U.S. automotive aftermarket Position The U.S. automotive aftermarket was valued at a market size of USD 75.31 billion in 2018, and is expected to register 1.8% CAGR from 2019 to 2025. The automotive industry has experienced a substantial boost in the sales of OEMs and aftermarket parts in the U.S. as the aftermarket business has created attractive margins and revenues in the emerging market. The increasing requirement of timely maintenance and parts activities for vehicles has created significant traction in the aftermarket sales. The automotive aftermarket is driven by stringent emission norms and government regulations related to heavy-duty vehicles market. Regional regulatory authorities such as the U.S. Environmental Protection Agency and other federal & international agencies have laid down various regulations pertaining to the quality and safety of used auto parts , owing to which manufacturers have started focusing on providing high-quality raw materials.   F
Read more

USED & REBUILD ENGINES Get prices for low mileage used engines sale on both cars and trucks. Start by selecting Year. Our used engines for sale include FREE DELIVERY. in most cases. Receive fast price quotes based on availability from junk-yards , salvage yards and recycling centers. Your used engines quote will match your part description from our nationwide members of recycling centers and salvage yards. The used engines for sale are quoted with shipping and warranties. Eliminate unnecessary calls and we tolerate no spam. Your submission is secure. Your part request for used engines is entered by you one time in our system. Then, our members send a rapid response. Our members respond directly to you with their best pricing with warranty and shipping information. based on your location. In most cases, free shipping is offered with part warranty options. Use of our service saves you a great deal of time and effort because our members compete to win your busi
Read more